Abig opportunity awaits India in the global apparel trade. It is valued at about $50 bn and is the direct result of the projected decline in China’s share in this segment from 41 per cent at present to about 35 per cent in the current decade ending 2025. China’s dominance over the global textiles and apparel trade has been gradually waning after the economic crisis in 2019. Apparel exports are expected to go down to about 4 per cent (CAGR) from about 12 per cent during the above period. Overall, China’s economy is estimated to grow slower than India’s this year (2019) and the next (2020) according IMF estimates. The decline in China’s share has virtually created a gap. Who will fill this void – India or its competitor? (CAGR: Compounded Aggregate Growth Rate).

A study by FICCI –Wazir Advisors on the subject opines that India has the potential to seize the opportunity as compared to other countries like Vietnam, Ethiopia, Bangladesh, Kenya, Myanmar etc., The latter has the manufacturing competitiveness in terms of low wages, low power and land cost and also enjoy trade access arrangements with major markets of European Union and the United States. But for India to take advantage of the situation large – scale structural changes in the policy framework are called for – from refining of labour laws to exit policy to fast tracking the approval process among other bottlenecks. More importantly, early finalisation of the proposed comprehensive trade and investment agreement with the EU can create a huge impact on India’s apparel exports.

As is known, most large global buyers are now adopting “China Plus One” sourcing model where they are active in atleast one other country than China. Bangladesh’s infrastructure may not be able to support the high growth witnessed in the apparel sector in the last decade. Besides, social and environmental compliance in Bangladesh are already under question. In Vietnam, East Africa, Myanmar etc., there are issues of labour unrest, political instability, higher wages etc. In comparison, India is a far better andstable sourcing destination for global buyers.

China’s apparel market is worth $237 bn and is growing at a robust rate of 15 per cent. Its per capita expenditure on apparel (PEAP) also has grown at the same rate to touch $171 during the same period. This indicates that the domestic demand for apparel is rising and is planned for higher growth in the coming years. The study estimates that the domestic demand will reach $615 bn and its PEAP will touch $434 by 2025. This ever- growing demand will exert pressure on exports as the focus of manufacturers will shift to domestic supplies.

Again, over the last decade, China is no longer a low cost destination. Wage rates in China have grown in double digits over the last two years and is expected to grow further. This is because of a shrinking labour force due to demographic changes and reduced flow of migrant labour from rural areas. High growth in wages is putting pressure on labour intensive segments like garmenting and is likely to lead to slow growth of manufacturing.

Beijing’s focus has, therefore, shifted from production of conventional textile and apparel items for export to innovationdriven industries like aerospace, artificial intelligence, bio-technology, photonics, nanotechnology, robotics etc. to maintain export competitiveness and reinforce higher productivity and greater incomes. This will result in a slower growth of apparel output.

China has signed trade agreements with several South East and East Asian Countries where manufacturing costs are lower than China. It is going to support investment in manufacturing setups as well as in overall infrastructure in those countries to cater to China’s own demand as well as exports to other markets.

Why India is well placed to grab a large share of the apparel market? It is because India has a large textile manufacturing setup. It is among the very few countries with production facilities across each level of the manufacturing value chain – from fibre to finished products (Garments, home textiles and technical textiles). The growth in India’s domestic apparel market is due to the presence of a large and growing consumer class and an increase in the spending power of people.

Besides, India has a large population base comprising more than one and a quarter billion people. Almost half of the population is under 25 years. As this population joins the work force and gets more money in their hands, their spending power will increase. The apparel segment will be the prime beneficiary of this increase in the purchasing power. A shift in consumer preference is also seen over the last two decades. They are inclined more towards branded products, especially in the fashion segment. People in tier-II and tier III and tier IV are spending much more on apparel than they did a decade ago.

Since the turn of the century, the country is witnessing an increase in the urban population, expansion of cities and a growing influence of urban patterns and services in rural areas. The combined effect of these changes has put more money in the hands of people and is creating now aspirations and demand which will have a major growth impact on apparel consumption Moreover, during the last few years, there is as digital revolution and millions of people are now connected to the internet. This has led to an increase in on-line retailing as more and more people are looking for ease of shopping, heavy discounts offered by on-line portals and return policies. Online apparel sales in 2015 started at $1.5 bn – 30 per cent of the overall sales in India and it is expected to grow at a CAGR of 41 per cent to reach $45 bn by 2025.

India enjoys the position of being the second largest exporter of textile products in the world. However, its share in the global exports tells a different story. It is a mere 5 per cent in the global trade, whereas China’s share is 41 per cent as stated earlier. Italy, Germany and Bangladesh – which are all comparatively smaller countries than India, have a similar share of around 4-5 per cent in the global trade. This shows that India has not been able to realize its full potential, despite the presence of a complete value chain and abundant supply of cheap and skilled labour.

The power cost in India is higher than that in Bangladesh and Vietnam. There are erratic and limited supplies in some parts of India and Bangladesh, Vietnam enjoys a lower cost than India and consistent supplies. China has the highest power cost, but its supplies are consistent and reliable. The lending rates in India – 11 per cent to 12.5 per cent are very high than those in China and Vietnam while it is comparable to those in Bangladesh. High lending rates affect the cost of production and hence its competitiveness.

It is known that man-made textiles and garments are in great demand, worldwide. But despite being the second largest textiles exporter, India lags in this segment because of non-availability of man-made fibres at competitive prices. India’s textiles value chain is subjected to a differential tax treatment. On the other hand, China, Pakistan, Sri Lanka, Indonesia and Thailand follow a fibre neutral policy. There is a need to align our production with the world consumption patterns through the introduction of a fibre neutral tax policy.

The Indian textiles industry suffers from the use of low and outdated technologies, especially in the powerloom sector, processing etc. In general spending on R and D, product development by textile companies is quite low. As a result, India has had a nominal presence in high value added segments and innovation driven technical textiles segment.

Poor access to credit is one of the major hindrances in the growth of the textiles sector. Major institutions providing input credit are largely centralised and are unable to reach the dispersed and largely home based weavers and artisans. And very institutional sources are there to provide working capital to them. Therefore artisans / Weavers depend on their own sources fund to cater to their fixed as well as working capital needs.

Bangladesh, Turkey, Pakistan, Cambodia and other countries enjoy duty free access in the major textile markets of the EU and the US. The duty advantage ranges from 10 per cent to as high as 34 per cent, depending on the product. The absence of a free trade agreement with the EU and the US makes our exports to these nations more expensive compared to that from various other competing countries. The textiles sector is largely unorganized and small in size, especially fabric manufacturing, fabric processing and garment manufacturing segments. S.VENKITACHALAM is a senior economic journalist with more than 40 years of experience, covering Industry, Commerce & Textile Ministries. Inthis article the author discusses how Trump’s recent move on TPP is going to benefit textiles exports from India. 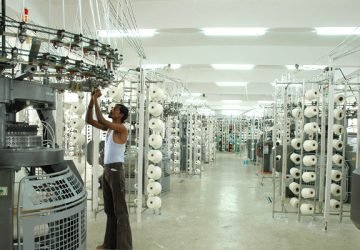 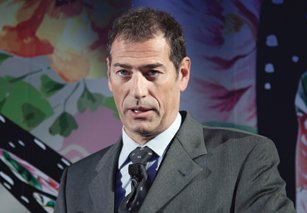